La Grande Laveuse (Washer Woman) by Pierre-Auguste Renoir (1841-1919) and Richard Guino (1890-1973) is located on the Mariposa Mall section of Fulton. Pierre-Auguste Renoir was among the most famous French impressionist painters, and together with his friend Claude Monet, painted some of the most acclaimed works of the late 19th and early 20th centuries. Born in Limoges, he attended Ecole des Beaux-Arts, and rose to prominence in the 1870's. His paintings such as Bal du Moulin de la Galette (which sold for $70 million in 1990) are instantly recognizable to even the most novice art lover. However, towards the end of Renoir's life, he was stricken with rheumatoid arthritis, which limited his ability to use a brush. Undeterred, he continued to pursue his artistic vision and turned to sculpture, directing his assistant, the sculptor Richard Guino to work the small terra-cotta clay figure of a crouching washerwoman at his direction. Under Renoir's supervision, Guino sculpted a large-scale plaster version of the subject with subtle variations made in the hands and forearms. The reworked plaster cast was subsequently cast in bronze. The figure personifies Water, an element that Renoir had long associated with women in countless paintings. La Grande Laveuse was initially conceived to be companion to a figure of a male blacksmith forging iron as allegories of Water and Fire. Fresno's La Grande Laveuse is one of only six original bronze castings of this work that exist in the world.  The other five can be found at Fontvieille Park, Monaco; the Tate Gallery in London; the Philadelphia Art Museum and Washington University in St. Louis. Fresno's Washer Woman is the only one of the six that visitors are allowed to touch. 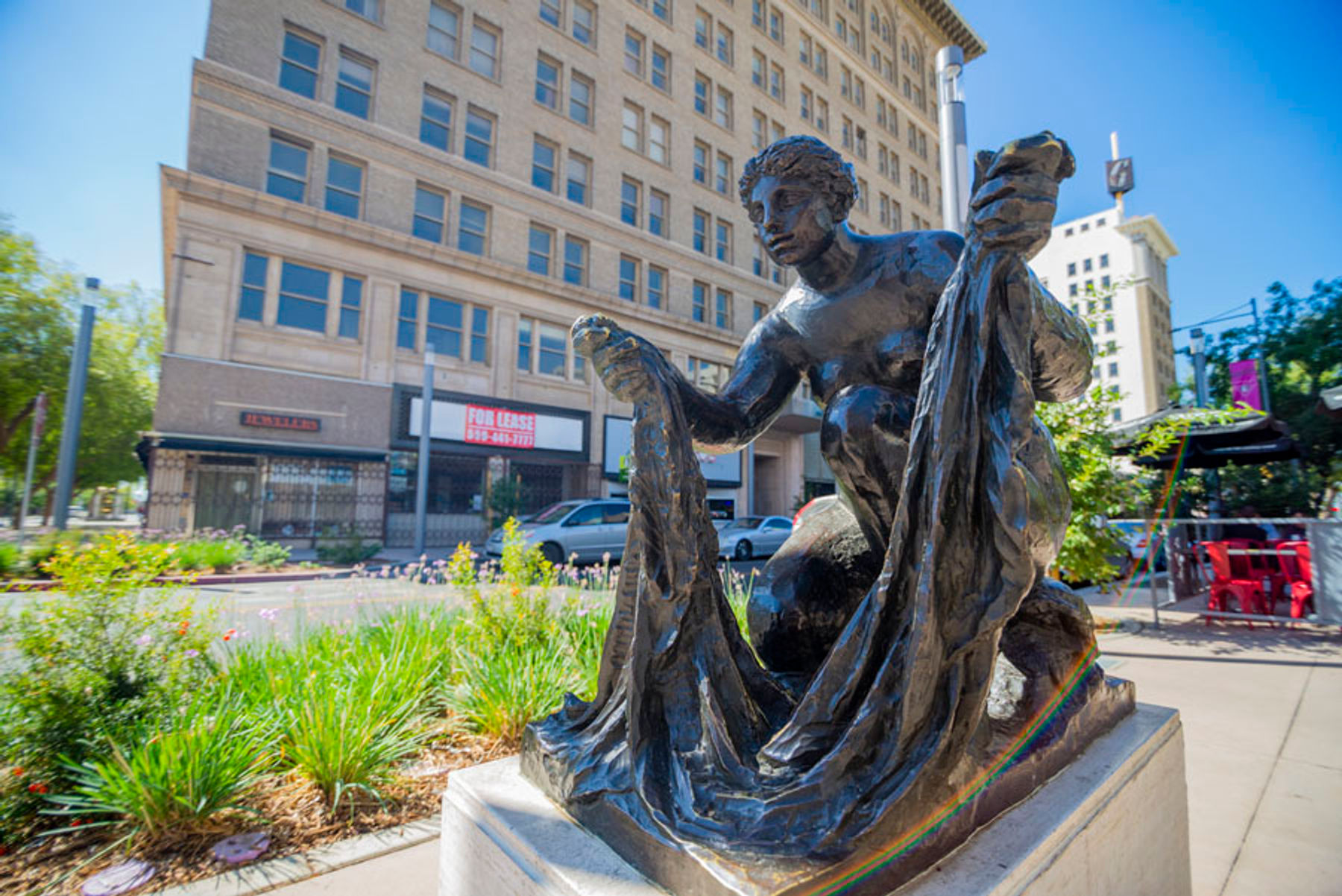