The Legacy of Central Fish Company in Fresno’s Historic Japantown 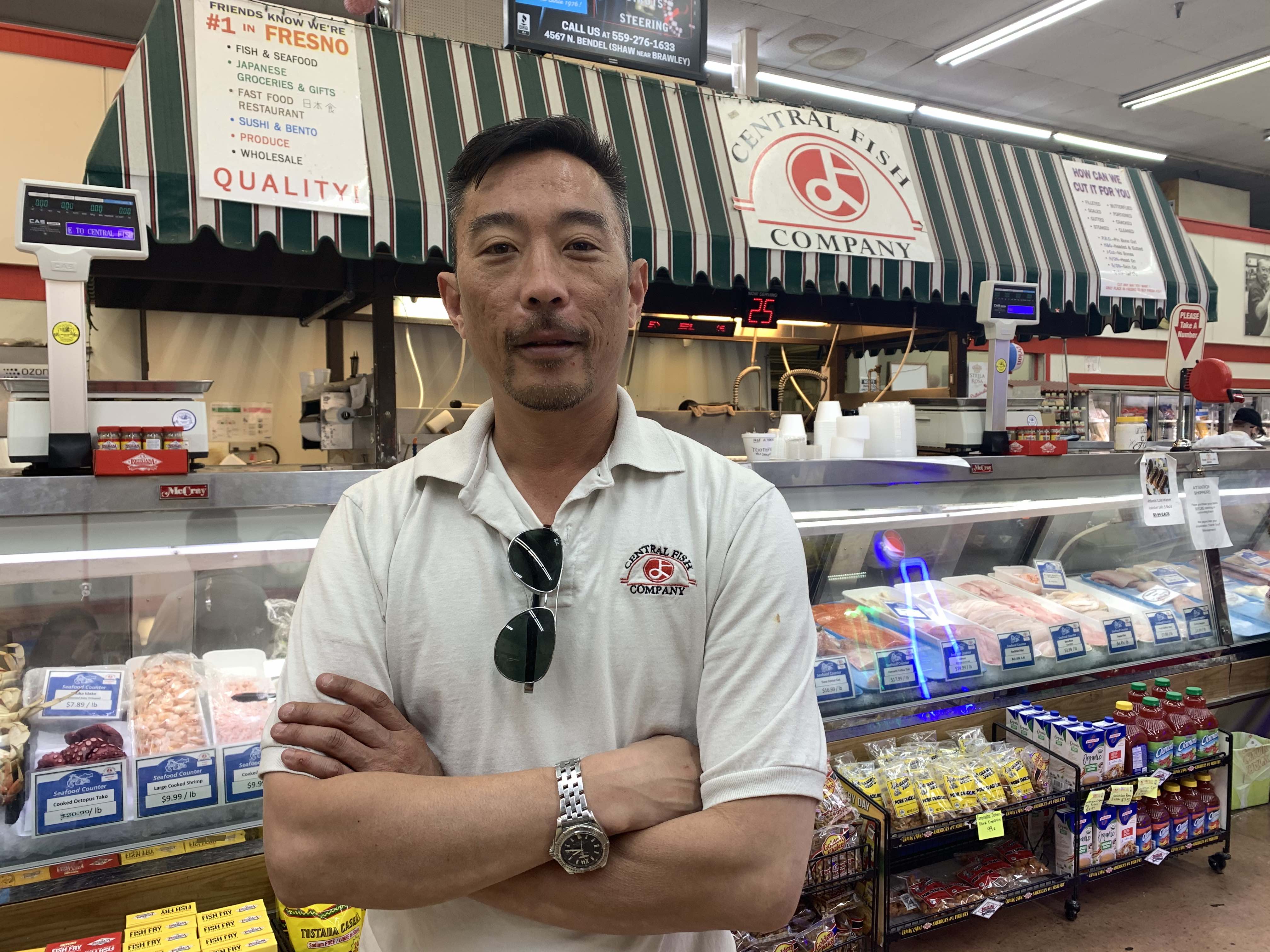 From a small shop on Kern Street serving the Japanese community in the ‘50s, to the main supplier of fresh seafood for restaurants in Fresno, Central Fish Company has continued to live up to legacy.

Akira Yokomi opened Central Fish Company as a small fish market in 1950. By 1979, the store grew into a full Japanese grocery store, seafood market, and fast-food restaurant. Despite suggestions to move the storefront to North Fresno, Yokomi chose to keep the restaurant close to the Japanese community.

According to Doizaki, there were other Japanese seafood companies in the area when Central Fish Company was getting started, but Yokomi didn’t want to “steal” their customers, so he catered to the other minority communities in the west side.

Doizaki, Yokomi’s great-nephew, moved to Fresno from Los Angeles in 2003 to take over the family company. Yokomi’s wife ran the shop for about a year following his murder in 1996, then entrusted the company to Doizaki’s father to keep it in the family.

“[Yokomi] was probably one of the most generous people that you'll meet. He'd be close to 100 years old if he was still alive,” said Doizaki. “I have senior citizens that come into the store who'll say, 'I remember when I used to come in the store he'd give me candy!' so there’s a lot of stories of him being very kind to kids. He never was able to do too much community service because he was always working, but he donated to a lot of causes.”

Yokomi’s legacy and generosity led to an elementary school being named in his honor, the Akira Yokomi Elementary School in Fresno.

Through its ups and downs, Central Fish Company continues to succeed. Though it started out small, the company now has five delivery trucks that go around Fresno to deliver to over 100 companies and restaurants, according to Doizaki. This list includes popular restaurants such as I Love Sushi, Yoshino’s, Wasabi, Max's Bistro, and the Cosmopolitan Tavern and Italian Grill in Downtown Fresno. 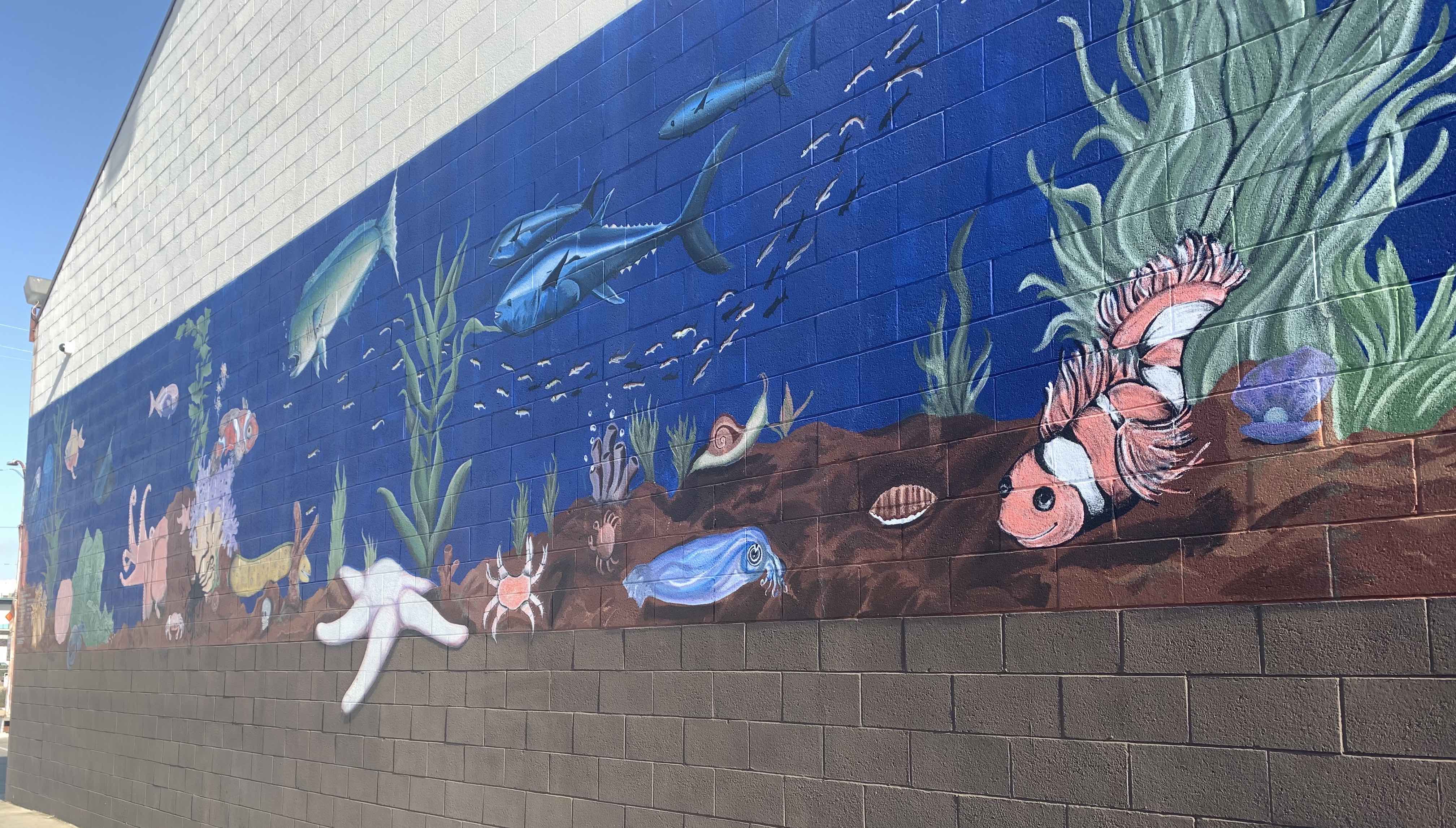 (The mural painted on the side of the Central Fish Co. building.)

However, with the relocation of the Betsuin Buddhist Temple, the Japanese community in the area has diminished substantially.

“When the Buddhist temple moved, that just created a big hole in the community because our main community members left,” said Doizaki. “Sadly, they lost hope in the area, but Chinatown and Japantown are making a comeback.”

Doizaki looks forward to the construction of the California High-Speed Rail and the Fresno Transformative Climate Communities (TCC) project to bring life back to the area. The TCC grants Chinatown with money to create an affordable housing complex, improve streets and alleys with bike racks and pedestrian lighting, and start various other urban beautification, urban greening, and active transportation projects.

“They say Chinatown was created in 1872. The City of Fresno was established in 1885. If it wasn't for the Chinese who built the railroads, there would be no Fresno.” said Doizaki. “Basically, Chinatown built Fresno. And for the City of Fresno to have treated Chinatown throughout the years the way they have been, it needs to come to a stop.”