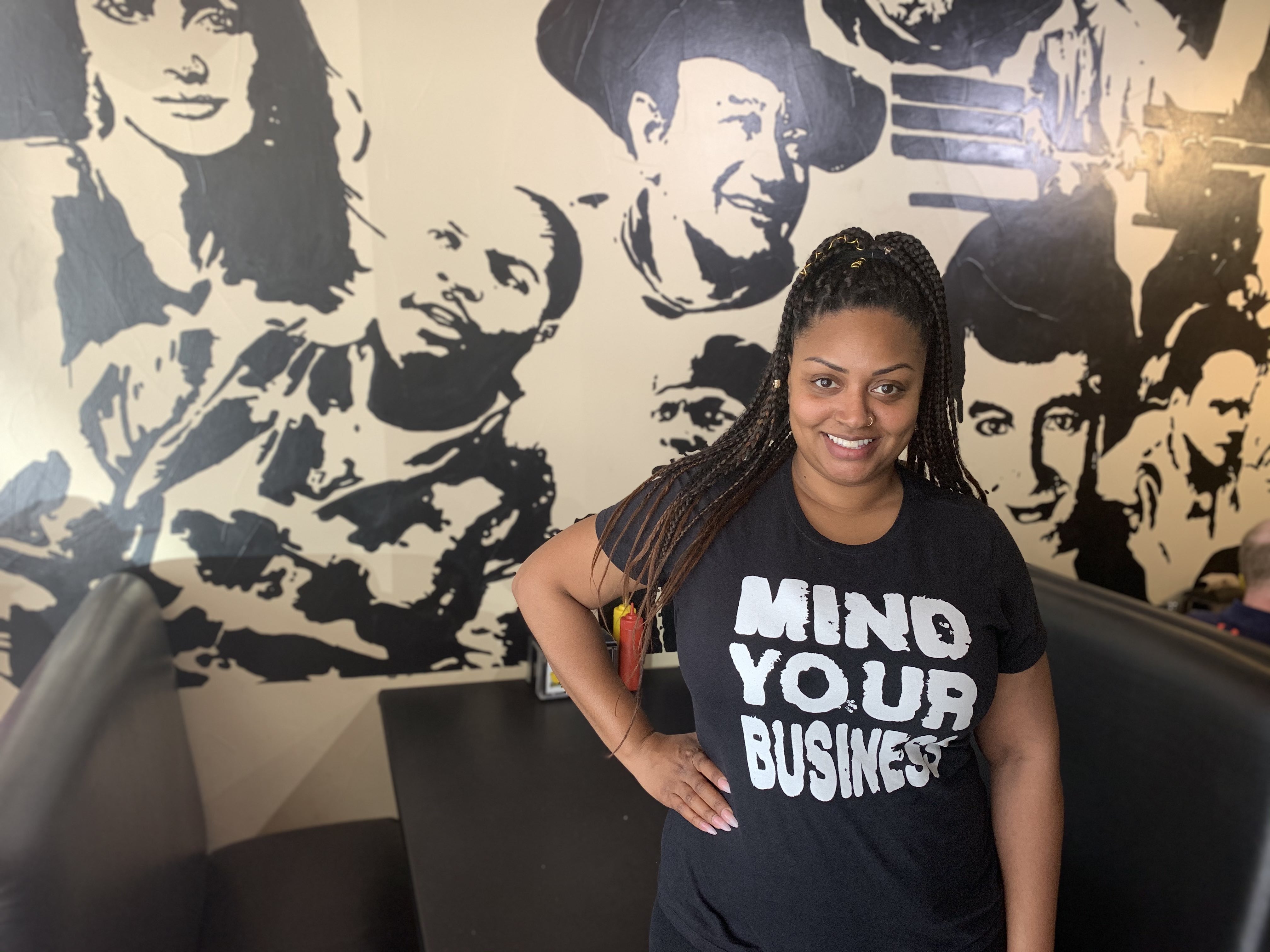 Des’ father Brian opened Take 3 in 2014, prior to the Fulton street closure, and it has remained one of the hottest spots for burgers in Downtown Fresno ever since.

“[The restaurant] is really his baby, but I feel like I’ve definitely made my mark on the business,” said Des. “He was open to my ideas and the way we styled things, the colors, the murals, things we're synonymous for. It’s kind of the old school meets new school mash up.”

According to Des, the murals were the first thing that went up in the restaurant. Brian wanted to do movie posters as a tribute to his old restaurant in West Fresno, Monster Burger, but she thought the idea was dated. The pair compromised and had local artist Jason Esquivel paint the murals instead.

“It took him about 3 weeks to get in and get it done,” said Des. “People walked by and saw that, thinking ‘What is that gonna be?’ before we even had announced that we were doing a restaurant!” 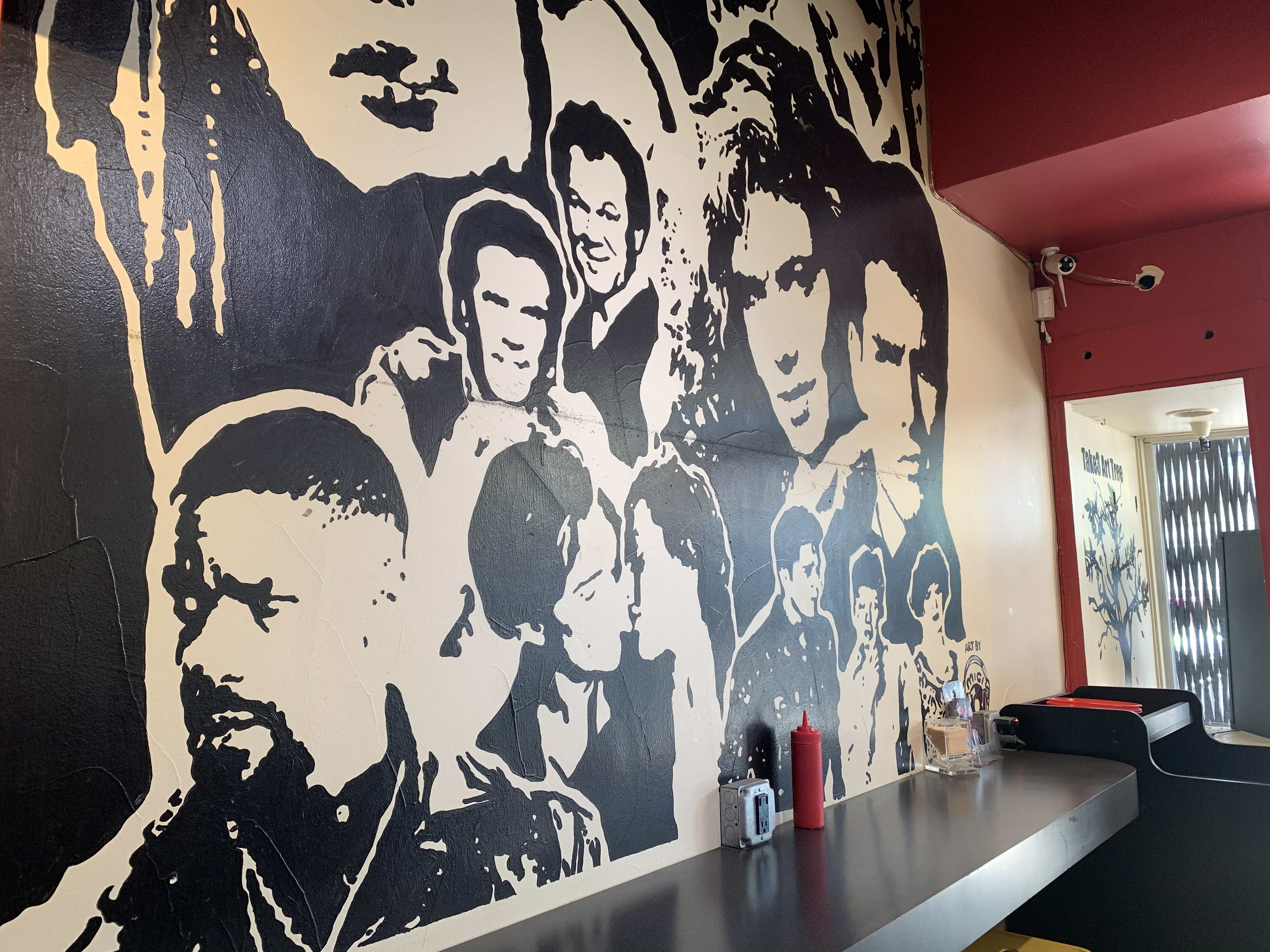 (Murals inside of Take 3)

The father-daughter duo had always talked about doing a business together. It was perfect timing for Des when her father approached her with the idea of opening a restaurant. Although Des and Brian aren’t classically trained chefs, their creative sides helped them blossom in the food industry.

“I’m not [a chef], my dad's not a chef either, we're just hustlers,” said Des. “My dad's always had a million trades, and I’m a creative by trade. I think that when you’re a creative person you have multiple skills; you're able to express your creativity in different ways. We just have a knack for what tastes good.”

As a creative person, Des often puts together Take 3’s specialty menus for themed events, such as the annual “Big Poppa’s Pop-up Cafe” that took place on Monday, March 9. Now in its fifth year, the pop-up cafe honors the late Biggie Smalls with a themed breakfast starting at 5:46 a.m., featuring a T-bone steak, cheese eggs, and Welch’s grape juice. The cafe also hosts a Notorious B.I.G inspired artwork show and an in-house dj playing a mix of B.I.G music.

Take 3 is a build-your-own burger restaurant, so burgers can be made exactly to your liking. Some of the most popular burgers include the California Burger, which features thick crispy bacon with cool and creamy avocado, and the Bernie Mack Slap, which Des describes as a “meatzilla” with pastrami, bacon and a ⅓ pound patty.

For first-timers, however, Des recommends a plain cheeseburger.

“I think you should start as a purist. The base of your burger has to be good. I feel like just our normal single burger is FIRE. And that’s why if you add stuff on top of it, it's fire on fire,” said Des. “So if it’s your first time, I’m just like, get the burger, a normal cheeseburger and see that it’s hot, it’s fresh, it’s delicious. You can get a burger from a lot of places, and I just feel like ours is really good!” 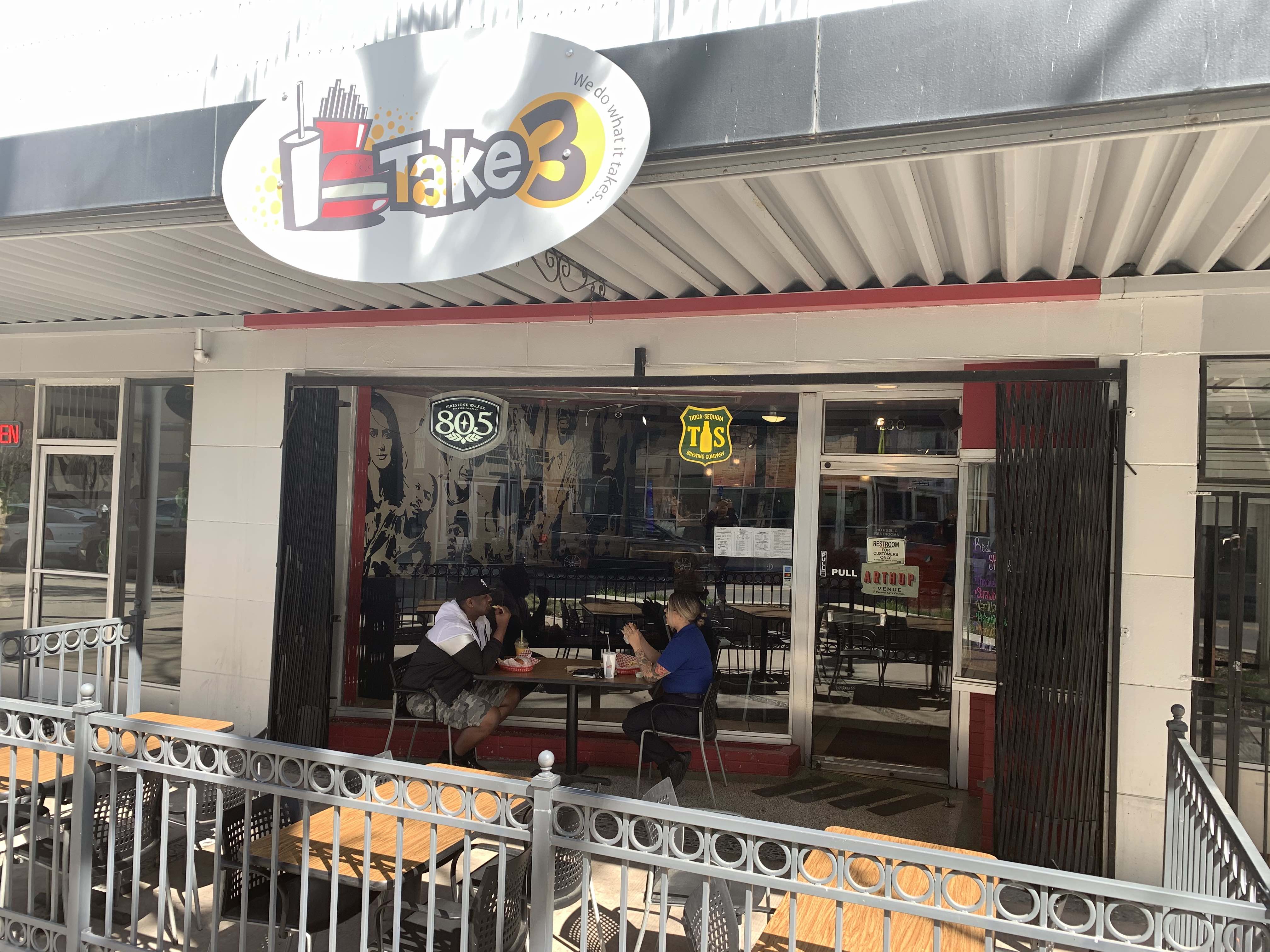 The business has seen a lot of change in the area over the years, and survived the remodeling of Fulton Street. Des recalls seeing many nearby businesses closing during the construction and the struggle of keeping business going.

“They’d give different timelines: ‘We'll be here a week, two weeks, three months,’” said Des. “And there’s the weather, all these other factors you can't take account for, huge fences with green tarps on them, loud noises. Nobody wants to navigate through that to go get a burger.”

The pair went in knowing that the street closure would happen, but couldn’t quite envision how the closure would affect business until it happened. According to Des, much of the community assumed that Downtown would be booming with the reopening of Fulton.

Des and Brian knew that the reopening of Fulton was no guarantee for their business. Regardless, Des is hopeful for the future of Fresno’s Downtown.

“It's important for us to see this area grow; We could’ve chosen a storefront elsewhere and gotten more foot traffic, more customers, and ultimately made more money, but I would so much rather see Fulton street become Riverpark than take my business to Riverpark,” said Des. “We came in with the intention of being a part of something that was growing, and we've definitely become a part of the Downtown family.”