Looking for a unique dining experience in Downtown Fresno? Libelula might be the spot for you.

Also known as Lula’s at the Crest, Libelula offers an eccentric dining experience for those who find this hidden gem. Located next to the Historic Crest Theatre in Downtown Fresno, Libelula boasts a “local centric” seasonally changing menu, farm-to-table ingredients, and a style that is unique to chef and owner Ian Cookson.

“This is just our style,” said Cookson. “This is the space we found-- we liked the fact that it's kind of off the beaten path and next to the theatre that has a cool patina to it.”

Cookson doesn’t want his restaurant to be “taken too seriously.” Though he has over 10 years of experience in the fine dining industry, he wanted Libelula to reflect the personal tastes of him and Kim Sarabia, his longtime girlfriend and co-owner of Libelula. Cookson insists that a person shouldn’t have to be wearing a tie to get the quality of fine dining.

The interior of the restaurant is decorated with a mural of the Downtown Fresno skyline, and paintings from local artists, Frida Kahlo paintings, fun flyers from local events, and other unique pieces that Cookson and Sarabia like. Downtown Fresno was the only location that Cookson and Sarabia wanted to open a restaurant, stating that their style and take on food just does better on this side of town. 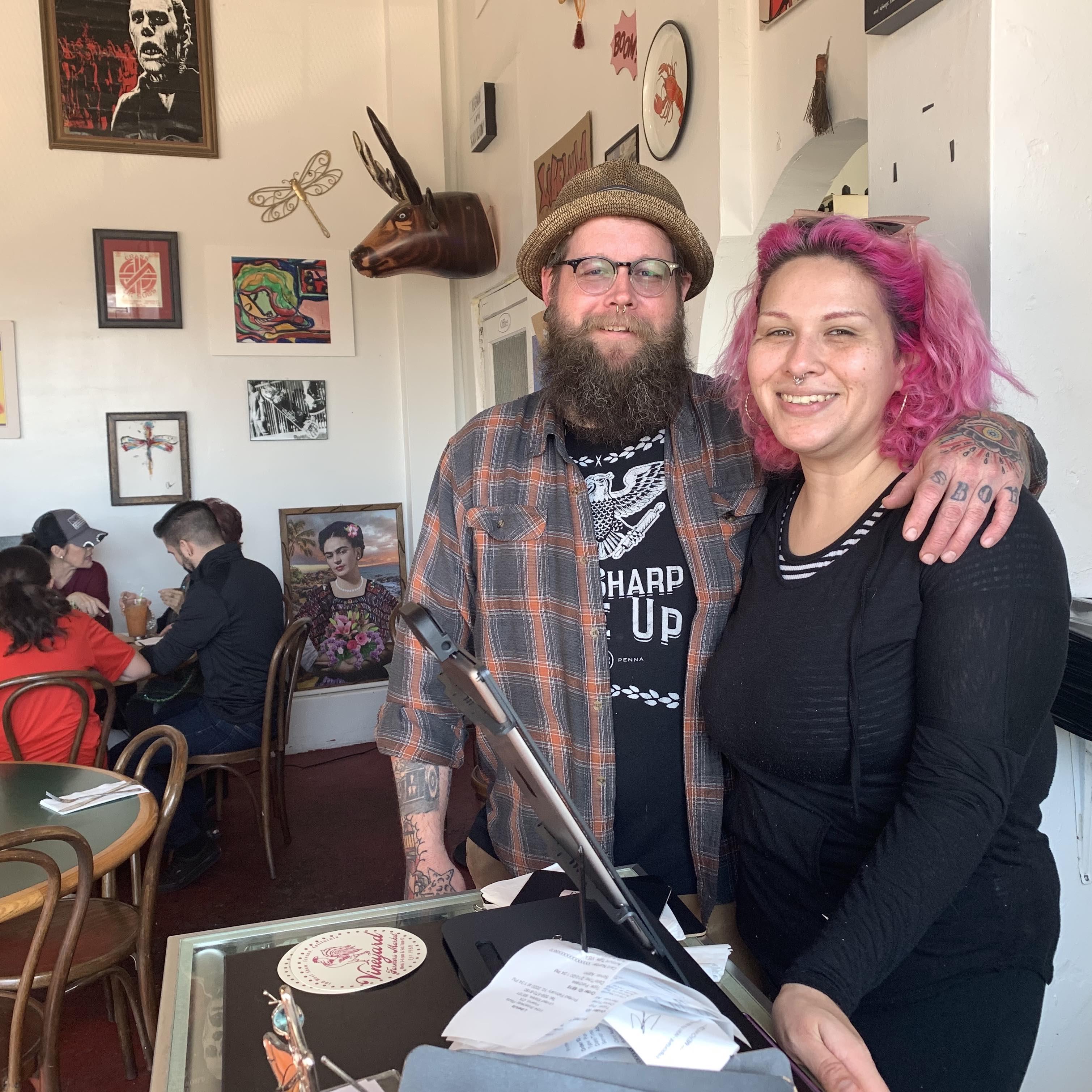 (Libelula chef and owner of Ian Cookson, with his longtime girlfriend and co-owner Kim Sarabia.)

“I’ve loved Downtown Fresno since I moved to California,” said Cookson. “It just has a different vibe to it than if you go to North Fresno-- I just like it better over here. Somebody like me doesn’t fit in all that well over there, and that’s OK.”

The menu at Libelula changes seasonally, at least five times a year, and has running specials that change weekly with fresh ingredients that Cookson finds at local farmer’s markets. He enjoys changing the menu sporadically to highlight his creativity in creating new dishes.

Cookson emphasizes cooking with as many locally sourced ingredients as possible. Many of the menu items are vegetarian or can be made vegan as well, though not by design. He says those dishes are “already good like that” and don’t need animal proteins to improve.

“We literally have the best produce in the world coming from Fresno, Madera, Tulare counties; the whole Central Valley is just killing it with the best kind of fruits and vegetables,” said Cookson. 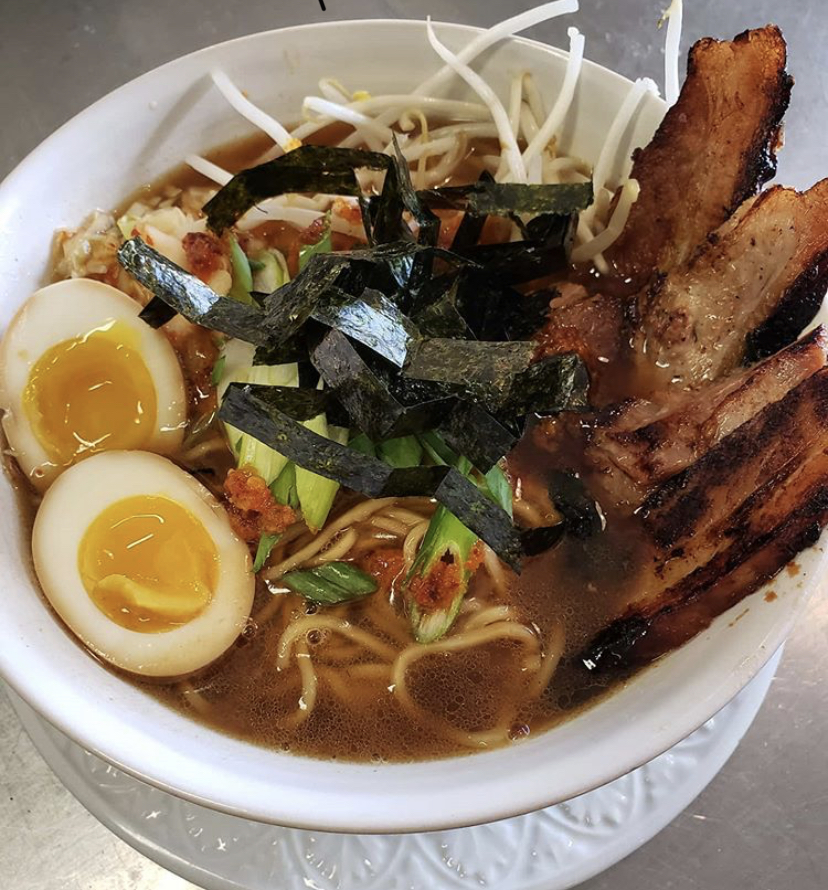 Libelula recently stayed open on Thursday night for February’s first ArtHop, serving a special “tonkotsu” ramen that they had been preparing for several days. Cookson says that the restaurant tends to be especially busy whenever they serve ramen.

Turnout was slow to start, but quickly turned into a full house with a line out the door.

“It’s funny because I don't have any history with ramen. I make it the way I like it and that's how it gets to the people's table,” said Cookson. “The pork ramen, we called it tonkatsu-- it’s based on it but it’s not traditional whatsoever. [The customers] agree with the fact that not everything has to be traditional to be good.”

Libelula is located at 1154 Broadway Plaza and is open from 9 a.m. to 3 p.m. Monday through Saturday. Visit their Facebook or Instagram for updates on their menu.